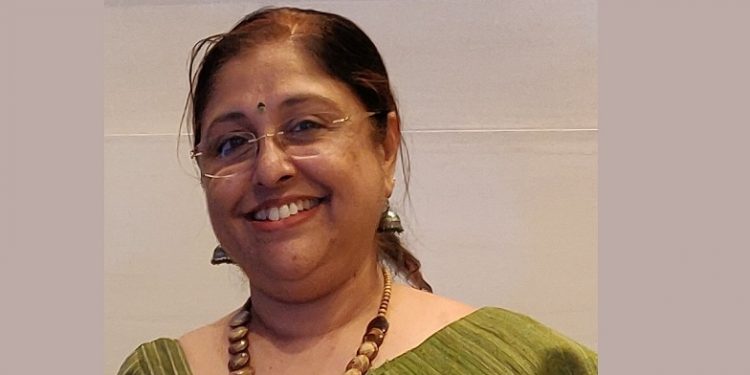 The executive committee was held during IDSA 23rd Annual General Meeting at new Delhi, she has been elected as first female chairperson. Rajat Banerji, Vice President- Corporate Affairs, Amway India Enterprises was elected as Vice-Chairperson of the Association. Mr Katoch will be the new Treasurer while Jitendra Jagota, Director Legal & Govt. Affairs, Avon Beauty Products India Pvt. Ltd., has been elected as new Secretary of IDSA. The new Executive Committee will hold office for two years.

Deft in International Food Regulations, Rini Sanyal has worked closely with the Ministry of Health and Family Welfare, Government of India and remained an external consultant to Food Safety & Standards Authority of India (FSSAI) and advised the authority on various strategic legal & Regulatory matters. She was also instrumental in drafting key regulations and was an active member in the effort towards Harmonization of Food Standards in India. She had started her career with Federation of Indian Chambers of Commerce (FICCI).

Ms. Rini Sanyal said “with the notification of Guidelines on Direct Selling by the Ministry of Consumer Affairs in the year 2016 to bring Direct Selling Industry (DSI) within a regulatory framework, clearly differentiating DSI from Pyramid schemes and providing a safeguard to consumers from dubious companies. This momentum has been further reinforced as the Consumer Protection Act 2019, recently passed in Parliament, has recognized the industry by including the Direct Selling definition in the Act, paving the way for regulation. The main focus ahead thus would be working in tandem with concerned Ministries in framing of rules & provisions and their implementation. This would enable the growth of DSI and protect the consumers interest as well. We also have to work with our members to pace up their growth in the country and take the sector and IDSA to greater heights.”