Latest Advancement In The Field of IP Surveillance, How Business Are Taking Advantage of It? [Interview] 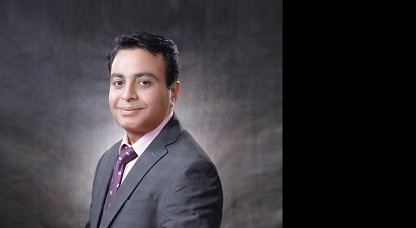 CXOVoice: What Is The Latest Advancement in IP Surveillance Technology?

Sanjeev Gulati: The biggest advancement in IP surveillance technology has been the integration of Artificial Intelligence (AI) to the surveillance system. It is helping us extract valuable business-centric and process-specific data for across-the-board operations that earlier used to remain untapped.

Sanjeev Gulati : AI, or Machine Learning (ML) to be more specific, helps in automatically building use cases without human intervention. Without delving into its technical aspects, AI, when used with Video Analytics, is much like a surveillance and security personnel who’s been meticulously watching a video keeps on learning in the due process. It draws useful insights that otherwise go overlooked during business operations. Such insights can be very in-depth and transfer greater visibility in operations to a business.

CXOVoice: What Are The Major Features Of Smart IP Surveillance?

Sanjeev Gulati : Smart IP Surveillance has enabled modern surveillance systems to travel beyond their perceived image of ‘passive devices’. They can now automatically identify incidents that they have been deployed for.

These sophisticated systems constantly analyze the video feed and can recognize violence, vandalism, aggressive behavior, theft, and even breach into restricted areas. They can, moreover, analyze the performance of employees and provide Business Intelligence reports to organizations.

Sanjeev Gulati : Smart IP Surveillance system helps in drawing crucial insights for businesses in a given process. For instance, if it recognizes that customers react more positively to a certain banner location than the other, then it directly leads to better monetization of that region.

Likewise, it can detect aggressive behavior and prevent an unpleasant event pre-emptively along with the losses experienced thereof. Similarly, if a particular lighting condition adds to the outlet’s ambience and promotes buying decision of customers, then such systems can easily identify it. Such analysis can also be very thorough.

Suppose a specific floor of a hospital or a hotel takes more time to dry up as compared to the others. It might eventually also detect this through video analysis, say when an employee skids, and avert the following damages due to slips, trips, and falls.

Its other applications of IP surveillance such as people counting, heat map detection and visitor behavior analysis further help in a more efficient management of the business. Such thorough insights cannot be derived using the traditional surveillance systems.

CXOVoice: How to Choose IP Surveillance System for Business?


Sanjeev Gulati : To build up an IP surveillance system, users are advised to start with choosing an IP camera. To decide factors such as resolution, frame rate, type, and other special features. The resolution is one of the most important elements when choosing an IP camera, from HD720p to full HD HD1080p, 5-megapixel, ultra 12 megapixel and so on. And the higher the frame rate, the smoother the video, it is recommended to adopt real-time resolution in 30 frames per second for no lagging video footage.

Following is to look at the demands of scenario that some cameras are specially made to meet outdoor environment, such as support wide-temperature, water or dust proof, and vandal proof. There are versatile type cameras in IP surveillance industry with different functionality.

To safeguard the wide and opening space, it is a good idea to choose multiple sensor network cameras. For the indoor space requiring 360-degree protection, it is cost-effective to select 360-degree panoramic fisheye cameras. Finally, the build-in video content analysis technology, which allow notification/alarm notice if there is specific movement within camera’s field of vision.  Such as people counting, heat map, motion detection are popular technology applying in retail sectors.

CXOVoice: What are the Challenges Business Faces Due to IP Surveillance Systems?

Sanjeev Gulati : IP surveillance systems are mostly favorable given the flexibility and effectiveness that they extend. However, they are based on IoT technology. For the uninitiated, IoT, or Internet of Things, is a novel technology that works on wireless network-based communications. This creates an additional attack surface vis-à-vis IT infrastructure of a business. So, IP surveillance systems must be protected with relevant cybersecurity countermeasures, otherwise, businesses might eventually have to face repercussions.

CXOVoice: Is There any Risk in Using IP Surveillance Technology?

Sanjeev Gulati : As already mentioned, yes, there is. But leading IP surveillance players have adopted a forward-looking approach to address this concern. VIVOTEK, for instance, has partnered with Trend Micro, one of the globally leading cybersecurity and defense companies.

It has brainstormed over various threats that businesses can possibly get exposed due to IP surveillance systems. This has helped us in developing surveillance and security products that cannot be compromised with brute-force attack prevention and cyber intrusion detection.

Since cybersecurity space is quite dynamic, wherein several new TTPs (Tactics, Techniques, and Procedures) get discovered every now and then, the partnership has also resulted in instant damage control for businesses. This has substantially minimized the predominant risks and have made surveillance devices even more secure than conventional smartphones and laptops.

CXOVoice: What Are Further Potential Improvements In Near Future In IP Surveillance Technology?

Sanjeev Gulati : In the past, surveillance was a passive tool for recording evidences. The products were within closed architectures, and needed people to verify information manually.

It is a challenging and crucial task for security operators searching large volumes of recorded video and receiving accurate alarm notice in IP surveillance. To answer this challenge, the booming AI technology is able to increase the effectiveness of searching videos from hourly to secondly. Furthermore, to reduce the false alarm dramatically by learning object features in its self-learning algorithm and bring the new level in IP surveillance.

Future of IT Infrastructure Is Always Available, Everywhere – Says Gartner