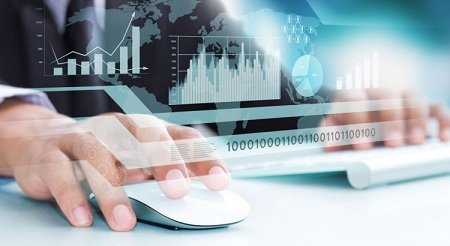 “Balaji, Izak, and Drew are the dream team, joining us at a period of rapid growth,” said Shasta Ventures Managing Director and Partner Jason Pressman. “With the promotion of three partners and the addition of two new associates all within the last year, these new team members will be instrumental in helping us build our portfolio of SaaS, next-gen infrastructure, data intelligence, and security investments into world-class companies.”

Said Jim Barnett, CEO and founder of Shasta portfolio company Glint, “Shasta has one of the most compelling enterprise software teams in the business. When you combine Balaji, Izak and Drew with Jason Pressman, Doug Pepper and Ravi Mohan, the Shasta expertise in building software companies is truly unparalleled.”

Yelamanchili joins Shasta as a venture partner to help expand the efforts of Shasta’s enterprise team. Most recently, Yelamanchili was the executive vice president and general manager of Symantec’s Enterprise Security Business Unit. Before Symantec, he was senior vice president at Oracle where he was responsible for its business analytics and performance management strategy as well as product management, product development, and product go-to-market functions. Yelamanchili also held executive positions at EMC Corporation, Documentum Inc., and Electronic Data Systems, among other tech companies.

Mutlu joins Shasta Ventures as an executive-in-residence after three decades in information security. Mutlu served as vice president of Information Security and Product Security at Salesforce, where he oversaw IT security, compliance, architecture, design, implementation, and operations. While at Salesforce, he created the Customer Security Advisory Council, regularly meeting with hundreds of customers to share security compliance roadmaps and hear customers’ concerns. Mutlu also co-created the nonprofit Bay Area CSO Council and has been its president for more than a dozen years. Before joining Salesforce, he also served as the CISO of multiple Bay Area technology companies, including Silicon Graphics and Solectron.

Harman brings to Shasta Ventures more than 25 years of enterprise software experience in executive roles in strategy, product, and marketing. In his new position as a board partner, Harman will work with CEOs of several Shasta Ventures portfolio companies as a strategic advisor and board member. He currently serves on the boards of Aria, NewsCred, Totango and Splice Machine.

Harman has advised and invested in many early-stage enterprise software startups, including Guidewire Software (NYSE: GWRE) and Model N (NYSE: MODN), among others. Earlier in his career, he was with Ariba as vice president of Product Management and later served as vice president of Corporate Strategy.

“The exponential growth of data, cloud applications, and connected devices means bad actors have even more attack vectors than ever before,” said Shasta Partner Nitin Chopra. “Few people understand the complexities of the security risks and solutions available today and in the future as well as Izak, Balaji and Drew. These are true enterprise security experts, and we are excited to have them on board.”

You may also would like to read: Cloud Data Protection, 15 Best Practices